American novelist F. Scott Fitzgerald died of a massive heart attack in 1940 at the age of 44. At the time, he was living in relative obscurity. He earned a solid living selling short stories to The Saturday Evening Post and a few other national magazines, but he had failed as a Hollywood screenwriter — and his novels sold only a few dozen copies a year.

World War II helped to change that. Today Fitzgerald is a fixture of American literature, in part because many tens of thousands of G.I.s had access to cheap paperback editions of his most famous work.

“In 1937, when Fitzgerald wanted to give Miss Sheilah Graham copies of his books,” Arthur Mizener wrote in a 1960 New York Times article, “they went from bookstore to bookstore only to be told again and again that there were no copies of any of them in stock.” Fitzgerald’s final royalty check before his death was for $13 and some change.

It took two film adaptations in 1926 and 1949, the determination of a few faithful critics and publishers, a full-length biography and a good bit of luck to bring Gatsby and Fitzgerald back to the attention of American readers.

And a war. No doubt the Council on Books in Wartime’s decision to ship 155,000 Armed Service Editions of The Great Gatsby to men and women stationed overseas during World War II played a role in this literary resurrection.

Ninety years after its publication, F. Scott Fitzgerald’s The Great Gatsby is almost universally revered as one of the greatest modern classics of American literature. This wasn’t always the case.

Publishing giant Charles Scribner’s Sons released Gatsby in 1925 to a mixed response from critics. Fitzgerald cabled his editor Maxwell Perkins from Paris asking for “ANY NEWS.”

Perkins replied, “Sales situation doubtful excellent reviews,” according to Matthew J. Bruccoli’s Some Sort of Epic Grandeur: The Life of F. Scott Fitzgerald, a seminal biography of the novelist. 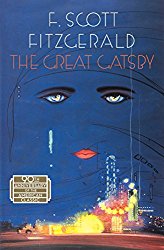 Perkins might have been trying to prevent the notoriously emotionally fragile Fitzgerald from spiraling into depression or anxiety. True, there were some excellent reviews. “Of the many new writers that sprang into notice with the advent of the post-war period, Scott Fitzgerald has remained the steadiest performer and the most entertaining,” The New York Times’s Edwin Clark wrote, adding that Gatsby was a “a mystical, glamorous story of today” before concluding that “Mr. Fitzgerald … writes well — he always has — for he writes naturally, and his sense of form is becoming perfected.”

Gilbert Seldes was even more generous in The Dial. “Fitzgerald has more than matured; he has mastered his talents and gone soaring in a beautiful flight, leaving behind him everything dubious and tricky in his earlier work, and leaving even farther behind all the men of his own generation and most of his elders.”

Willa Cather, Edith Wharton and T.S. Eliot all wrote to Fitzgerald to praise the novel. Eliot assured his friend that Gatsby marked “the first step American fiction has taken since Henry James.”

However, despite Perkins’s assurance, not all the reviews were so excellent. H.L. Mencken’s review in The Chicago Daily Tribune was one of the more balanced studies of the novel. Mencken praised the “charm and beauty” of the writing but noted considerable flaws in the development of plot and character. “The Great Gatsby is in form no more than a glorified anecdote, and not too probable at that,” he wrote, adding that the story suffered from a “basic triviality.”

Others were not so diplomatic in their analysis. The New York Evening World described Gatsby as “painfully forced,” concluding, “we are quite convinced … Mr. Fitzgerald is not one of the great American writers of today.”

The St. Louis Dispatch agreed. “The Great Gatsby … lacks the lyrical and poetic outbursts of Fitzgerald’s earlier work,” the reviewer acknowledged before branding the book “a minor performance.”

Fitzgerald in 1921. Photo via Wikipedia

Fitzgerald later complained to his friend Edmund Wilson that “of all the reviews, even the most enthusiastic, not one had the slightest idea what the book was about,” according to one New Yorker article.

If Perkins spoke generously regarding the reviews, his prediction about the book’s sales proved dead on.

“For a writer of Fitzgerald’s fame, sales were mediocre — about 20,000 copies by the end of the year,” the New Yorker noted. “Scribner’s did a second printing, of 3,000 copies, but that was it, and when Fitzgerald died, in 1940, half-forgotten at the age of forty-four, the book was hard to find.”

This must have been truly disappointing for Fitzgerald, who had high expectations for the novel. “Fitzgerald hoped for another instant success like This Side of Paradise and hoped to sell 75,000 copies,” Nathan Miller wrote in New World Coming: The 1920s and the Making of Modern America. “The novel was never out of print,” Miller quoted Charles Scribner III as saying. “It had simply stopped selling.”

Bruccoli shed further light on just how bad things had gotten for Fitzgerald in terms of book sales. “For the year of September 1933 to September of 1934, Fitzgerald earned only $58.35 from all of his books, including the recently published Tender is the Night, according to his personal ledger,” Bruccoli wrote in Epic Grandeur. “The bulk of his income for the year, $6, 481.98, came as an advance for his next collection of short stories.”

“Concerned he had been forgotten as a novelist,” according to Bruccoli, Fitzgerald became optimistic in 1938 by the prospect of The Modern Library publishing This Side of Paradise, The Great Gatsby, and Tender is the Night in an omnibus edition. This Side of Paradise was no longer in print, and Scribner’s apparently had no intention of republishing it. Fitzgerald even asked Perkins to persuade Mercury Books to publish a $.25 edition of Paradise, but Bruccoli explained that “Mercury passed on the offer.”

That might have been where the story of Fitzgerald and Gatsby more or less ended — if not for The Council of Books in Wartime and its Armed Service Editions.

In the early decades of the 20th century, the publishing industry was in a bind. “Serious books were hard to find before the war. An industry study in 1931 highlighted the book trade’s limited audience,” according to a recent article in The Atlantic, referring to research in Frank Leopold Schick’s The Paperbound Book in America. “Nineteen out of every 20 books sold by the major publishing houses cost more than two dollars, a luxury even before the Depression. Those who could afford them often struggled to find them … Most did not bother.”

While literary works may have been a tough sell, a “less reputable class of books” had recently started selling exceptionally well. Paperback dime novels and comics began to move in on the market. “Throughout the 1920s and ’30s, publishers tried to take advantage of this format to publish a wider range of books,” The Atlantic noted. “Most efforts failed. Then, in 1939, two new entrants changed the equation. Pocket Books and Penguin Books each offered a mix of new titles and reprints of hardcover books, including some of a literary bent. More importantly, they sold these paperback books on magazine racks.”

With cheap books becoming available for purchase all over town, from newsstands to train stations to drug stores or any other place with a magazine rack, the new format took off. “Within a year, Americans bought six million paperback books,” according to The Atlantic. “By 1943, Pocket Books alone printed 38 million copies.”

Taking their cue from the success of other publishing houses’ paperbacks, executives from Doubleday, Random House and W.W. Norton met in 1942 and formed the Council on Books in Wartime. “They decided to sell the armed forces cheap paperbacks, shipped to units scattered around the globe,” The Atlantic article continued. “Instead of printing only the books soldiers and sailors actually wanted to read, though, publishers decided to send them the best they had to offer. Over the next four years, publishers gave away 122,951,031 copies of their most valuable titles.” These Armed Service Editions were slim volumes that could easily fit into a soldier’s pocket.

Tristram Shandy and collections of Carl Sandburg poems were among the war titles. A Tree Grows in Brooklyn proved to be a favorite among servicemen. “Some of the selections were idiosyncratic,” according to The Atlantic, including “an older novel by F. Scott Fitzgerald that had never achieved popular success.” The Great Gatsby had sold a paltry 120 copies in 1944 and only 33 copies in 1945 before it finally went out of print — briefly.

The CBW reprinted it, in abundance. “The 155,000 copies of The Great Gatsby that they shipped out to the troops dwarfed all its previous print runs combined. Buoyed by that exposure, it would go on to become one of the great publishing successes of the 20th century,” The Atlanticrecalled. 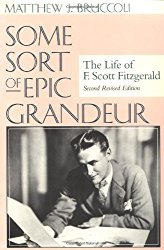 “Authors whose books were selected as ASEs were rewarded with a loyal readership of millions of men,” Molly Guptill Manning wrote in When Books Went to War: The Stories That Helped Us Win World War II. “Word spread quickly about the titles that were perennial favorites, even reaching the homefront.”

Noting that The Great Gatsby “was considered a failure during Fitzgerald’s lifetime,” Manning asserted that after being distributed as an Armed Services Edition, the novel “won the hearts of an army of readers. Their praise reverberated back home, and The Great Gatsby was rescued from obscurity and has since become an American classic.”

Despite Gatsby’s increased popularity after World War II, it would still be several years before it started to become known as the classic it is today. “The Great Gatsby is 35 years old this spring. It is probably safe now to say that it is a classic of 20th-century American fiction,” Arthur Mizener wrote in his 1960 Times article. “There are three editions of it in print, and its text has become a subject of concern to professional bibliographers. It has not always been so, nor has Gatsby always sold at the rate of 50,000 copies a year, as it did last year.”

Though he was not speaking directly to the role the Armed Service Editions of Gatsby played in the book’s resurgence, Bruccoli’s understanding of Fitzgerald and Gatsby offered some insight into why so many young soldiers fighting overseas connected with the book, both during the war and after returning home from it.

“Much of the endurance of The Great Gatsby results from its investigation of the American Dream as Fitzgerald enlarged an Horatio Alger story into a meditation on the New World myth,” Bruccoli wrote in Epic Grandeur. “He was profoundly moved by the innocence and generosity he perceived in American history — what he would refer to as ‘a willingness of the heart.’ Gatsby becomes an archetypal figure who betrays and is betrayed by the promises of America. The reverberations of the fable still echo.”

According to a 2013 report in USA Today, The Great Gatsby now sells roughly half a million copies a year — and, in total, has sold over 25 million copies in 42 languages.

View all posts by Darien Cavanaugh →

World War II Just Might Have Saved ‘Gatsby’ and Fitzgerald

The CIA Battled the Kremlin With Books and Movies

Amiri Baraka Reads “Somebody Blew Up America” and Other Poems [Video]

William S Burroughs Made a “Hip Hop” Album, and It’s…Interesting